Home Basics God Allah Allah, The One And Only True God in Islam 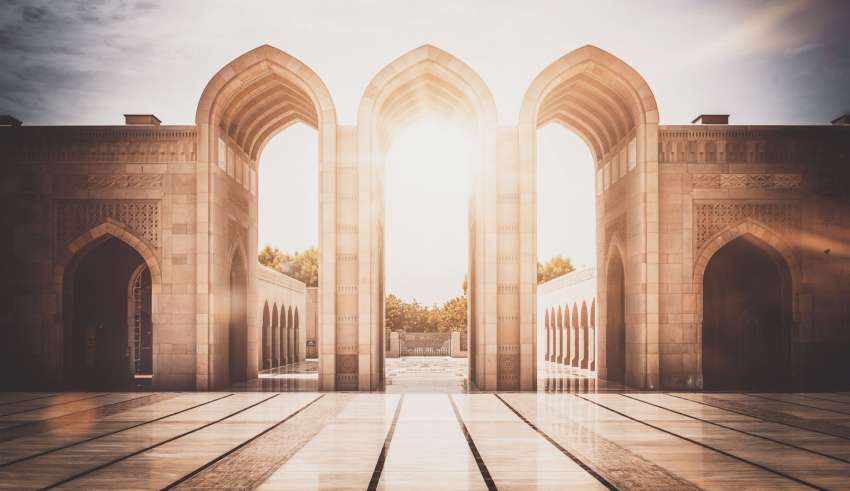 We live in a world where religion has become a hot topic for debate, where faith in the unseen is considered insane and belief in God is seen as illogical. Many pose the question, “Does God exist?” when really the question that should be asked is, “What proof do we have He does not?”

Look around. Is it really irrational to believe that a world designed with such flawless precision did not come from nothing? Can one be considered insane for simply believing that there is a Creator behind this incredible diversity that we see around us? In a world in which there are 200 known parameters necessary for humanity to exist, there is every reason to believe that there is a Supreme being in control of all of this; from sea creatures to land creatures, from the alternation of the night into day to the day into night, from the natural phenomena to the vast solar system, and from the heavens to the earth and everything in between. Interestingly, the more we study science, the more we discover how incredibly synchronised our universe is and how interdependent everything is!

So if one were to believe that it all really did come from nothing, then who keeps it going? Who sustains every living thing and has full control over all systems?

“Allah – there is no deity except Him, the Ever-Living, the Sustainer of [all] existence. Neither drowsiness overtakes Him nor sleep. To Him belongs whatever is in the heavens and whatever is on the earth. Who is it that can intercede with Him except by His permission? He knows what is [presently] before them and what will be after them, and they encompass not a thing of His knowledge except for what He wills. His Kursi (Chair) extends over the heavens and the earth, and their preservation tires Him not. And He is the Most High, the Most Great.” [Noble Quran 2:255]

This question is best answered by the Creator Himself.

In these verses, God introduces Himself to His creation in a manner that is most befitting Him.

Chapter 112 of the Quran was revealed in the early days of Islam, at a time when the world as a whole was polytheistic in belief and various faiths held multiple Gods in reverence and high esteem.

For the pagan Arabs, worship was due to idols – made of stone, wood, gold and silver, a practice passed on by their forefathers – who interceded on their behalf to God and relayed their prayers to Him. These idols were not singular in nature and many had spouses and descended from one another.

As for the Christians, then it was well known that they believed in God, yet their belief also extended to the ‘son of God’ and the ‘Holy Ghost’, all of which together formed the concept of Trinity – ‘one God in three Divine Persons’. The Jews also believed in God, one who could appear in human form, wrestle with his servants and was the father of Ezra. Also roaming the earth at the time were the Zoroastrians (fire worshippers) and Sabians (star worshippers). Hence, it is understandable that the concept of One God and Monotheism was largely seen as unique and strange, and not readily accepted by the people at the time.

According to authentic narrations, the pagan Arabs in Mecca who rejected belief in One God and Muhammad’s prophecy decided to challenge Muhammad. They came to him and asked him: “Tell us of the ancestry of your Lord.” It was then that this chapter of the Quran was revealed.

Why Does God Refer to Himself as Allah?

There is a common misunderstanding among non-Muslim faiths regarding the term Allah. Many believe Muslims worship a different God than the One the Christians and Jews believe in. This could not be further from the truth.

Contrary to popular belief, the word Allah is not a foreign word introduced to the wider world with the advent of Islam. Rather, if one were to look back into history, they would notice this term was actually used by Christian and Jewish Arabs to refer to God centuries before Islam came. In fact, the word Allah pops up 17 times just on the first page of Genesis in the Old Testament!

Is Allah Simply The Arabic Term For The Word God?

Loosely translated, yes. However, linguistically the term actually means ‘the only One to be worshipped’. It is around this deeper meaning that the concept of Monotheism in Islam is centred.

Furthermore, the word Allah contains a depth that makes it incomparable to any other word and thus perfectly suited to the One supreme being. It is derived from the Arabic root word ‘ilaaha’ – meaning ‘the one deserving of worship’. Similar to the English word ‘God’, ‘ilaaha’ can be made plural [awliyaa i.e. Gods] and can take on the male or female gender [ilaaha i.e. Goddess]. However, Allah is a supreme form of the term, and as such it can not linguistically be made plural and has no gender.

Does Allah Have Limitations?

In the above verse, Allah answers this question with an unfathomable, powerful description of Himself, through one simple word. You see, the Arabic language is one that is rich and full of depth, with one word holistically comprising of several meanings. As such, the deeper meaning of the Quran is often lost in translation. For instance, As-Samad, the Arabic term for ‘the Eternal Refuge’, is one that many scholars have differed on how best to translate into other languages.

He neither begets, nor is born.

There are many faiths out there that claim belief in God and yet also associate partners with God. Islam, however, negates any form of polytheism or human characterisation of God and is rooted in the belief that God is One and there is none like Him; He has neither partners nor family, neither sons nor heirs. Nothing came out of Him nor did He come out of anything. All worship is due to Him alone, the One God and Creator of all that exists.

Nor is there to Him any equivalent.

What Do We Know About Allah?

We know there is no barrier between us and Allah. Every call and supplication whispered or uttered loudly reaches him directly. We know He responds to us; He plans the best plans, He provides and withholds from us for our benefit, He grants ease through hardship in ways unimaginable, He makes miracles happen when we put our trust in Him, that He makes the truth stand out against falsehood, that He never breaks His promise, that He knows us better than we know ourselves, and that He places contentment in the hearts of those who worship Him alone and believe in His message.

How Do We Know so Much About Allah?

In the Quran, Allah has described Himself to His creation through many different names and attributes. Each name and attribute grants believers a better understanding of who He is, humbling them and deepening their connection with Him.

Allah’s names and attributes are specific to Him and no one else, even if mankind may have some characteristics that are similar. For example, Allah is ‘Al-Hayy’, meaning ‘The Ever-Living.’ Mankind is also living but not eternally, and the life they have been blessed with is not in any way comparable to Allah’s. Another example is Al-Baseer, meaning ‘The All-Seeing’ where mankind has limited vision, Allah has limitless vision and the ability to see everywhere and everything.

Other examples of Allah’s names are Ar-Rahman, meaning ‘The Most Merciful’, As-Salaam, meaning ‘The Ultimate Source of Peace’ and as mentioned earlier As-Samad. Each name holds a depth of meaning and Muslims are encouraged to call upon Allah with His names when they are supplicating to Him.

Through knowledge of Allah’s beautiful names, one learns His Mercy is magnificently boundless and vast. His Greatness and Might supersede that of any other being. His Forgiveness and Forbearance is incomparable. His Generosity is without measure. His Justice excludes none. His Majesty is evident through His signs, and His Love is whole and complete.

Get to Know Your Creator

Allah is unique and singular. He is the Creator Who is meant to be worshiped and obeyed. The Quran explains many beautiful names of Allah which helps us to know and understand Him better. Practicing Islam gives us a close relationship to the One and Only God; Allah. 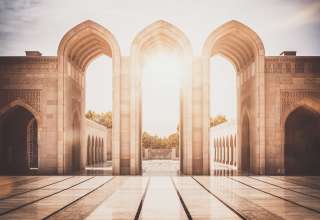 We live in a world where religion has become a hot topic for debate, …