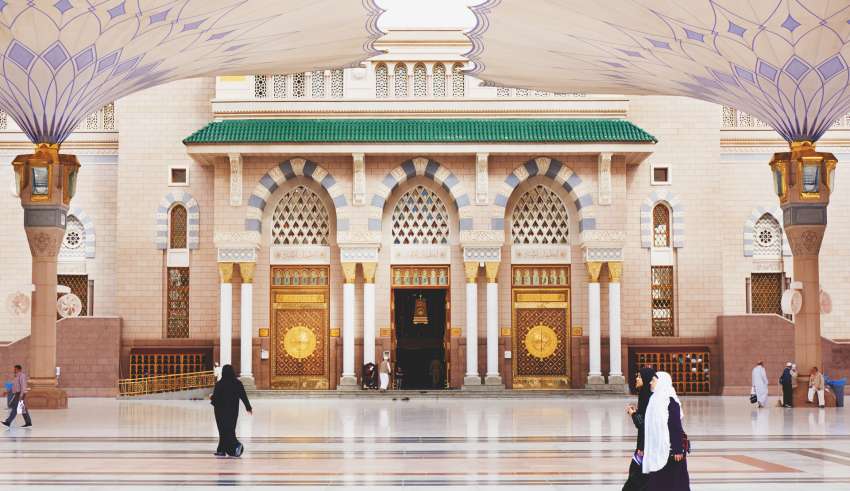 Throughout history, many great individuals have left a mark on humanity. From politicians like John F Kennedy to inventors like Alexander Graham Bell; scientists like Isaac Newton and writers like William Shakespeare, the list goes on and on. We take lessons from them all, admiring their strengths and aspiring to achieve even a fraction of the impact they made.

For Muslims, however, the greatest of role models are the prophets sent by the Almighty. These noble individuals faced tremendous trials and persevered through great difficulties to convey the message of submitting to the One and Only God. Head among them is Prophet Muhammad (peace and blessings be upon him) – the man known to Muslims as the final messenger of God, and the ‘seal’ of all prophets.

But it’s not just Muslims that recognize his importance. Michael H. Hart, an American astrophysicist and historian, chose Prophet Muhammad ﷺ as the most influential person to ever live. In his famous Ranking of the Most Influential Persons in History, he explains his primary motivation for this was Muhammad’s supreme success on both the secular and religious levels. This led him to conclude Prophet Muhammad ﷺ can be considered the most influential single figure in human history.

So, why was this man ﷺ so highly regarded by people of other faiths?

The reasons are many, but here, we will examine just a few of his outstanding qualities which resonated with prominent figures in history.

Prophet Muhammad ﷺ was not only a religious leader, but also a political and social director as well. Commenting on his multifaceted assignments, American Psychoanalyst Jules Masserman feels Muhammad was a true leader because he combined three important functions:

Although he was attending to others, he made it clear to his followers that leadership is not merely confined to a chosen few. In fact, each and every person assumes some form of authority and influence. As such, individuals must strive to represent the highest principles of leadership which he embodied.

Prophet Muhammad ﷺ was known as just and equitable. Commenting on this, Washington Irving, an American author, biographer and historian noted:

“In his private dealings, he was just. He treated friends and strangers, the rich and poor, the powerful and weak, with equity, and was beloved by the common people for the affability with which he received them, and listened to their complaints.”

This unshakable sense of justice is demonstrated in his willingness to apply the law to even those closest to him. No one can be closer to a person than themselves.

“Forgive him who wrongs you; join him who cuts you off; do good to him who does bad to you and speak the truth even if it be against yourself.”

He taught fairness for all, emphasizing the importance of not favoring anyone according to their race. In one of his final sermons he said:

This sense of justice is a central pillar of Islamic ethics, with the Quran commenting:

“O you who have believed, be persistently standing firm in justice, witnesses for Allah, even if it be against yourselves or parents and relatives. Whether one is rich or poor, Allah is more worthy of both. So follow not [personal] inclination, lest you not be just. And if you distort [your testimony] or refuse [to give it], then indeed Allah is ever, with what you do, Acquainted” [Noble Quran 4:135]

This verse is displayed at the entrance to Harvard Law School. It is a good example of fairness embodied within the message of Prophet Muhammad ﷺ.

By his own admission, Prophet Muhammad ﷺ said:

“I was sent to perfect good character.”

He displayed this through his mannerisms, being neither coarse nor loud, exemplifying kindness to all – even those who spoke ill of him.

These qualities are, in fact, central to the religion of Islam, bearing as much importance as some of the most important rituals in the faith. Prophet Muhammad ﷺ said:

His character was clear for all to see, winning admiration from one of the greatest personalities in modern history. Upon studying Prophet Muhammad ﷺ, the famous Indian activist Mahatma Gandhi realised:

“…I became more than ever convinced that it was not the sword that won a place for Islam in those days in the scheme of life. It was the rigid simplicity, the utter self-effacement of the prophet, the scrupulous regard for his pledges, his intense devotion to his friends and followers, his intrepidity, his fearlessness, his absolute trust in God and his own mission. These, and not the sword, carried everything before them and surmounted every trouble.” [YOUNG INDIA, 1924]

Adding to this, Montgomery Watt, a Scottish historian, academic, and Anglican priest, laments:

“His readiness to undergo persecutions for his beliefs, the high moral character of the men who believed in him and looked up to him as leader, and the greatness of his ultimate achievement – all argue his fundamental integrity. To suppose Muhammad an impostor raises more problems than it solves. Moreover, none of the great figures of history is so poorly appreciated in the West as Muhammad.” (Muhammad at Mecca, Oxford 1953, p. 52)

Prophet Muhammad’s ﷺ legacy is plain to see, with Islam being the world’s fastest-growing religion – counting almost 2 billion Muslims in the world today. Commenting on the universal nature of his impact, famous South African freedom fighter, the late Nelson Mandela, remarked that Prophet Muhammad ﷺ was:

“…a unique religious leader, whose influence continues to spread to practically every part of the world and to every nation.”

What Will You Discover?

As more and more people conduct their own personal studies into the life of Prophet Muhammad ﷺ, they learn the truth about his history, character, and noble qualities, and their eyes are opened to the reality of this man’s true nature and his influence on humanity.

In the words of French writer, historian and politician, Alphonse de Lamartine:

“Philosopher, orator, apostle, legislator, warrior, conqueror of ideas, restorer of rational dogmas, of a cult without images; the founder of twenty terrestrial empires and of one spiritual empire, that is Muhammad. As regards all standards by which human greatness may be measured, we may well ask, is there any man greater than he?”

With so many great personalities speaking so highly of him, there’s clearly a lot to be learned by personal and unbiased research. The question is: what will you discover about the man who George Bernard Shaw called “the Savior of humanity?” 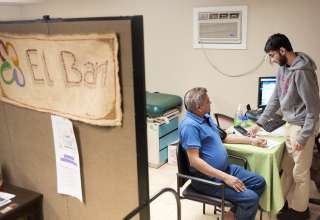 It’s a choice to dedicate your life to making the lives of others better. …