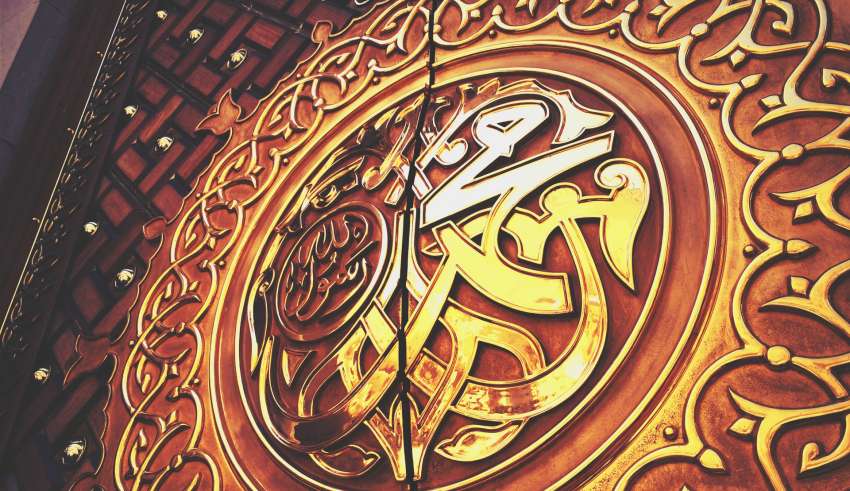 Muhammad (Peace and blessings be upon him) was an ordinary human being who served as a great example to mankind. Although he was subject to the same limitations as any man, and faced many trials and tribulations, yet still accomplished outstanding success in delivering his divine mission.

The Prophet of Islam was sent as a mercy to all mankind, not to a specific group or race. Muhammad ﷺ epitomized good moral character and behavior. He was chosen by God – Allah to teach the people about morality and righteousness, and to worship Allah alone.

Although Muhammad ﷺ lived in a time when immorality and ignorance was rampant, he was still renowned for his upright and righteous character.

Truthfulness and honesty were such an intrinsic part of his disposition, that he became known as Al-Amin (the honest). Even the non-Muslims would entrust him with their valuable possessions and would go to him as an impartial judge in their disputes.

When he first received revelation from Allah, Muhammad ﷺ stood on Mount Safa and called upon the people, “If I were to tell you that there was an army behind this mountain ready to attack you, would you believe me?” They responded with a resounding yes, in recognition of his character and truthfulness. But when he said, “I am a warner sent to you…” they refused to accept his message. They disbelieved and revolted.

Allah revealed the following verse in testament of the Prophet’s ﷺ truthfulness:

“We know indeed that what they say certainly grieves you, but surely they do not call you a liar; but they unjustly deny the verses of God.” [Noble Quran 6:33]

Muhammad ﷺ was deeply grieved that so many people rejected his message. He was compassionate towards his people and desperately wanted them to be guided, but Allah reassured him:

“Indeed, [O Muhammad], you do not guide whom you like, but Allah guides whom He wills. And He is most knowing of the [rightly] guided.” [Noble Quran 28:56]

At all times, he was concerned about the welfare of his people. He never took revenge for personal matters. The Prophet Muhammad ﷺ once said:

Prophet Muhammad ﷺ was focused and subservient to Allah. He had total conviction and trust in Him. Muhammad ﷺ said:

“O Allah! To You I have submitted, and in You do I believe, and in You I put my trust, to You do I turn, and for You I argued.” [Sahih Bukhari]

Muhammad ﷺ was a just and noble individual. He emphasized that all members of society were equal and duty bound to resist oppression and should not be content as onlookers. Justice and equality was paramount importance to him. He was meticulous and resolute in administering this.

“Help your brother whether he is the oppressor or the oppressed one.” When his companions asked him how they should help an oppressor, he replied, “By preventing him from oppressing others.” [Sahih Bukhari]

Prophet Muhammad ﷺ was known to have a pleasant and friendly countenance. It is well known he often had a smile on his face, even in the midst of the stress of being outcast by his friends, neighbors, and some family members.
One of his companions, Ibn Jaz narrated:

“I have never seen a man who smiled as much as the Messenger of Allah ﷺ.” [Tirmidhi]

Despite being a public figure, Muhammad ﷺ was a family man. He had immense concern and empathy for his household and community. Muhammad ﷺ said:

“The best of you is he who is the best to his family, and I am the best among you to my family.” [Tirmidhi]

When Ayesha, the wife of the Prophet ﷺ, was asked how he occupied himself when he was at home, she said he helped with household duties, patched up his clothes, mended his shoes, and was a kind and affectionate companion. [Ahmad]

Prophet Muhammad ﷺ led a very simple and humble life. He advised his followers to be likewise and content with what they had. He said:

He achieved great success and victory, including the conquest of Makkah. The city which had treated him so cruelly and driven him away, was given back to him without the need for any bloodshed. The Prophet ﷺ rode into Makkah in complete humility and delivered a sermon to the assembled people. He spoke of brotherhood and equality of man.

The Prophet of Islam ﷺ was conscious of his community and the poor amongst them. Although he had little wealth, he was extremely charitable and continuously emphasized the importance of giving charity. Muhammad ﷺ said:

“On the day when all other shade will be gone, Allah will provide His shade for those who give charity.” [Sahih Bukhari]

Throughout his life, Muhammad ﷺ endured many trials and hardships and the ‘Year of Sadness’ was particularly poignant. Three years before the historic migration to Madinah, the Prophet lost both his beloved wife Khadijah, and his uncle Abu Talib, who had been a great supporter and sincere guardian.

These were two great associates of Muhammad ﷺ and after their deaths, the persecution of the Prophet and his small group of companions increased dramatically. Despite the pain and hardship, he remained patient and forbearing, uncompromising in his determination to spread the word of Allah.

Muhammad ﷺ was an influential and charismatic leader who inspired, encouraged and motivated those around him. He led by example and practiced all that he taught. He was a visionary with exceptional wisdom and foresight. He made treaties and alliances with many tribes, which demonstrated great diplomatic skills built on morality and honesty.

He sat amongst his companions, ate with them and consulted with them. He also fought valiantly alongside them on the battlefield.

Throughout his life, Prophet Muhammad ﷺ maintained an impeccable demeanor. His character imbued virtue and righteousness. Allah approved of Muhammad’s legacy and said:

“Verily, you have in the Messenger of Allah an excellent example, for him who fears Allah and the Last Day, and who remembers Allah much.” [Noble Quran 33:21]

When Ayesha, the wife of the Prophet ﷺ, was asked regarding his character, she answered:

“His character was the Quran.” [Sahih Muslim]

Muhammad ﷺ was gentle and forgiving. He was respectful and loving to the young and old alike. He promoted family unity, social cohesion and exemplified the virtues of maintaining good moral conduct at all times. He was an advocate of respecting parents, visiting the sick and maintaining the rights of neighbors.

He was a great leader, warrior, husband, father and role model for all mankind, until the end of time. He portrayed a message of peace, unity, morality and justice. He was Muhammad ﷺ, the last of the Prophets of Allah. 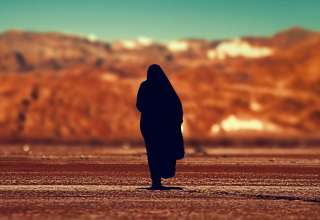