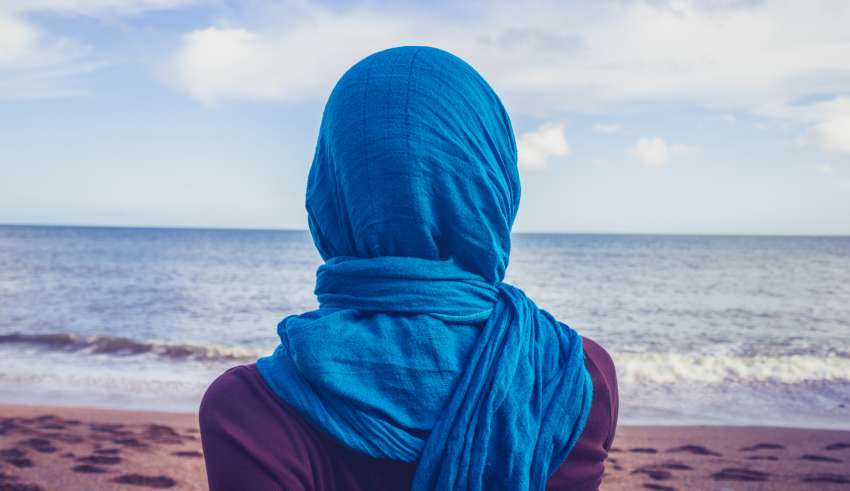 It was during the fall festival called “The Feast of the Hunter’s Moon” that I met a Muslim for the first time in my life. Meeting people from abroad was not common for folks living in small all white farming communities in Indiana in the 80’s but after I started university, I met people of color and students from everywhere. When I offered a piece of BBQ pork to one of them, he refused. I thought maybe he was Jewish but he responded with something I had never heard of before. “I’m a Muslim.” I had never heard of a Muslim or Islam. It is hard to remember a time before internet, satellite television and Google but it existed and at that time it wasn’t easy to access information. I began asking questions about Islam and still have questions more than thirty years later. Islam is a never ending journey.

The day I became Muslim I was filled with joy, yet afraid of the unknown.

It wasn’t long after this day that the student who told me he was a Muslim asked me to marry him. He didn’t pressure me to become a Muslim and was fine with me remaining a Christian. He had asked that if we had children they be raised as Muslims. I had left the Catholic church the previous year. I still believed in God but I was searching for something else, perhaps another church. I agreed to his condition since I didn’t have a religious alternative at that time and we were married a short time later. I felt I wouldn’t be able to raise a child in Islam unless I knew more about the religion so I asked my husband to teach me. He got a couple of books, “Islam in Focus” and another book written by a revert named Suzanne. There weren’t many books in English so he translated from Arabic in the evenings.

He started with the Prophet’s stories. He told me about Nuh, Ibrahim, Dawood, Suleiman, Yousuf. I realized the stories were similar to those of Noah, Abraham, David, Solomon and Joseph. They were the same Prophets. I wanted to learn more. It was the story of Ishaq (Isaac) and Ismail (Ishmael) that stirred something inside of me. What I knew from the Bible was that God had promised Abraham that his sons would be the heads of great nations. His covenant would be kept with Isaac but he promised Abraham:

For Ishmael too I grant you your request. I hereby bless him and will make him fruitful and exceedingly numerous. He will be the father of twelve princes, and I shall make him into a great nation. [Genesis 17:20]

After Sarah gave birth to Isaac, Abraham was told by God to take his slave Haggar and their son Ishmael to the desert. I knew that a spring of water had appeared there and that was the end of the story. Even as a young girl I wondered why God would send Abraham’s precious son to the desert and leave he and his mother there? What ever happened to them? The story always seemed incomplete.

My husband explained that Ibrahim came back to that place in the desert several times. It was called Bekka valley and it was known today as Mecca. The well where the water had appeared was still there. It was called Zamzam. Then he told me that Prophet Muhammad, peace be upon him, was the descendant of Ismail. That’s when I felt my heart sink. Of course God had kept his promise. When I had first heard that Muhammad ﷺ was the Prophet of Islam, I thought he was just any man. Now I knew he was a descendant of Abraham and his Prophetic line. God had kept His promise to Abraham. I read the Prophet’s biography ﷺ and grew to love and admire him. I knew Islam was the truth. It all made sense but Islam also seemed very hard to me. I couldn’t possibly keep up with all of the prayers, fasting and wearing hijab. I didn’t think I was capable so I didn’t accept it at first. What would my family say? How would they react? I resisted the feeling growing inside of myself.

A few months later one of my husband’s friends made a comment to me. “You still aren’t a Muslim! What are you waiting for?” I told him I hadn’t decided yet. Although in my heart I knew. He asked me what would happen if I died tomorrow. I told him I guess I would just go to hell. “Is it really that easy to say something like that?” He asked. It sounded so scary but I was too proud to admit it. I knew that I needed to make a decision. An incident occurred that really showed my husband’s good character and that moment changed my life. The Muslims that I had met through my husband were some of the finest people I had ever met. What was I waiting for? I called him up and told him to ask the people at the Masjid if I could take my Shahada and I did the very next Friday.

The day I became a Muslim I was filled with both joy and fear. I was happy about the direction I was taking in my life by converting to Islam but at the same time I was afraid of the unknown that lie ahead. This dynamic would continue for some time as I fleshed out the advantages and benefits of becoming a Muslim and learned more after embracing Islam. I was able to wear hijab from the first day. For me, it was proof for myself that I was a believer. My husband taught me how to pray and the rest I struggled through.

I have passed through challenges, but I feel God has always taken care of me and blessed me with so much. Islam being the biggest blessing of all.

It wasn’t easy adapting to a new religion. Fasting was hard the first year but became progressively easier over time. Sometimes I would run across a Hadith or an ayah that seemed strange to me. Why would God care if I plucked my eyebrows for example? It seemed odd to forbid such a thing. Although that is a correct teaching from Prophet Muhammad ﷺ (called Hadith) other teachings I found out later were poorly translated. From these experiences I learned it is important to always have the original Arabic text when looking at the Quran and Hadith. Also, it took time before I got a better understanding of women’s rights and how often God’s laws are geared towards what is beneficial to the group or the society at large. At first glance, you might think a women getting half what her brother gets in inheritance is discriminatory. When you realize that a women’s money is hers alone and she has no obligation to spend it on anyone but herself, while her brother is responsible not only for his family but his mother, sisters, aunts and other female relatives, you can understand why he will inherit more. When my husband visits his village he always hands envelopes out to all his aunts and cousins and anyone who is an orphan or widow. These are responsibilities I, as a woman, I do not share and won’t be questioned about. It took time for me to understand this.

My family accepted my decision but it has never been easy on them. We have freedom of religion in the U.S. but it can be hard to accept people actually change what they believe. Moreover, I am from an all white Christian community where diversity is strange and uncomfortable. They felt self-conscious when I wore hijab while being with them. They weren’t sure about how becoming Muslim would change me and they thought I was rejecting the life we had shared. After a while, they saw how Islam made me a better sister, daughter and mom. They also realized that the negative press isn’t always accurate. Things are much better now.

Once we graduated from University, my husband and I moved to the Middle East where we lived for almost thirty years. We have passed through challenges adjusting to living abroad, while raising our seven children, but I feel that God has always taken care of us and blessed us with so much. Islam being the biggest blessing of all. 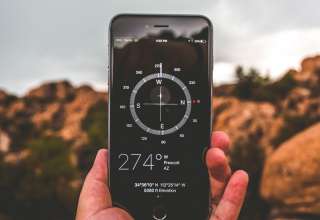