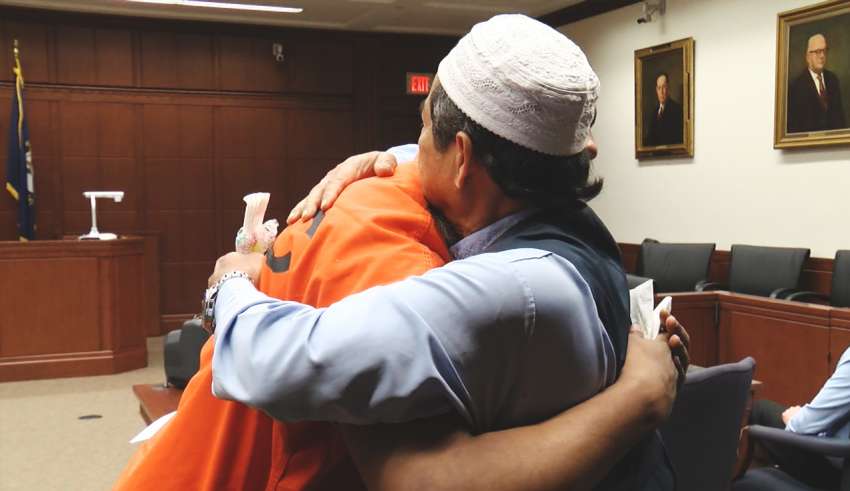 “Forgiveness is the greatest gift – or charity in Islam. I have to pour myself out to forgive someone that has wronged our family,” said Dr. Sombat Jitmoud holding back his tears after he took the stand speaking in front of a crowd of onlookers. The court was filled November 7th in anticipation of the verdict on the brutal stabbing which resulted in the death of his son 22-year-old Salahuddin Jitmoud. Trey Relford was sentenced to 31 years in prison in Lexington Kentucky in the US for his part in the murder. Of the three involved, the grand jury only indicted Relford for the murder. Further, Dr. Jitmoud continued on the high road when he extend words of sympathy for the suffering of Trey Relford parents and when he extended words of encouragement to do better. “I really feel sorry for your parents. They raised you and want you to be successful. Your success is their success. Your happiness is their happiness,” he said encouraging Relford to change his life. “The door of opportunity for God to forgive him is open. So reach out to Him. You have a new chapter of good life coming,” said Dr. Jitmoud after blaming the Devil for having misled Relford into committing the crime. The young Relford watched on in disbelief as he was being forgiven on behalf of the victim and his mother who had passed away two years previously.

Relford, who suffers from drug addiction, according to his mother, was part of a group of three who attacked Salahuddin as he was delivering his last pizza on the night of April 19, 2015. Salahuddin was found dead in a breezeway in an apartment complex. Relford denies killing Dr. Jitmoud’s son but says he had planned the robbery.

Dr. Jitmoud, who spent his career as a principal in various Islamic schools throughout the country, and a tearful Relford embraced after a handshake to a chorus of sobs which could be heard across the room including from the judge herself. His selfless act touched the hearts of all who watched. “There’s not much I can really say. I’m sorry about what happened that day. I cannot do nothing to give that back to you.” said Relford as he dropped his head and returned to his seat.

Seeking the Pleasure and Love of Allah must have prompted Dr. Jitmoud to extend his hand in forgiveness to the young man responsible for changing his life. Allah states in the Noble Quran:

“The believers are those who spend in charity during ease and hardship and who restrain their anger and pardon the people, for Allah loves the doers of good,” [Noble Quran 3:134]

In Addition, the Prophet Muhammad ﷺ taught that,

“No one forgives, except that Allah will raise his honour”. [Sahih Muslim]

Indeed the honor of Dr. Jitmoud was raised on the day the verdict was read out when he applied this Islamic principle. It was certainly an honorable moment for all Muslims when the true face of Islam as a kind and loving religion was brought to light by the actions of this sorrowful widower negotiating his way through a horrific tragedy, the death of a young son who had just begun his life. 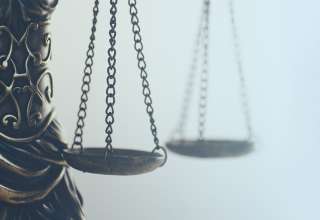 People fear what they don’t understand. Sharia law often falls into this category. But …