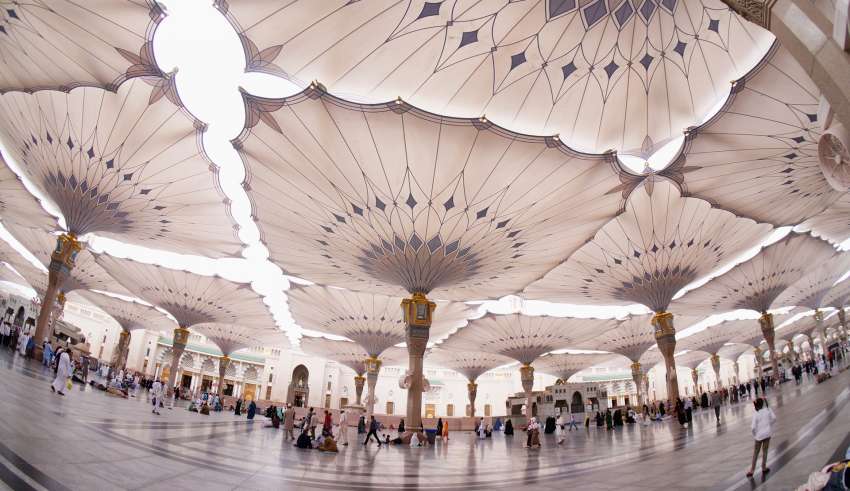 When the name Muhammad is mentioned, Islam invariably comes to mind, and rightfully so. The Prophet of what is projected to become the largest world religion in the next 50 years, is a man with high morals for all to revere as an inspiration deserving immense respect. In short, Prophet Muhammad (peace and blessings be upon him) is a man worth knowing.

Born in Mecca, Arabia, in the year 570, Prophet Muhammad ﷺ was orphaned at a young age. His father died shortly before he was born, and his mother died when he was around 6 years old. His grandfather cared for him until his death when Prophet Muhammad ﷺ was around 8 years old. After the death of his grandfather, he went to live with his uncle who was of the powerful Meccan tribe Quraysh. During his lifetime, Prophet Muhammad ﷺ never learned to read or write, yet he earned a reputation for trustworthiness and generosity. He was also known to be deeply spiritual and highly self critical of the Meccan people’s worship of idols rather than belief in one God.

In his early years, Muhammad ﷺ tended to his uncle’s flocks. Years later, in his early 20’s, he was hired by a successful entrepreneur and business owner named Khadejah to act as the agent for her trade caravan sent to Syria. Upon his return, she was impressed by his honesty, integrity and trading skills, so she proposed marriage to Prophet Muhammad ﷺ and he accepted. Together they had four daughters and two sons, however both boys died before the age of 3. Their marriage was a happy one that lasted about 25 years. During the duration of their marriage, Prophet Muhammad ﷺ never married another woman. When she died, he was extremely bereaved. Years after her death, he came across a necklace she once wore. When he saw it, he remembered her and began to cry. His devotion and love for her was so deep and apparent, that on another occasion, he was asked if Khadijah had been the only woman worthy of his love. The Prophet replied:

“She believed in me when no one else did; she accepted Islam when people rejected me; and she helped and comforted me when there was no one else to lend me a helping hand.” [Sahih Bukhari]

Throughout the course of several years after Khadijah’s death, he married several women, including Aishah. Regarding Khadijah, Aishah said:

“I did not feel jealous of any of the wives of the Prophet ﷺ as much as I did of Khadijah though I did not see her, but the Prophet ﷺ used to mention her very often, and when ever he slaughtered a sheep, he would cut its parts and send them to the women friends of Khadijah. When I sometimes said to him, “(You treat Khadijah in such a way) as if there is no woman on earth except Khadijah,” he would say, “Khadijah was such-and-such, and from her I had children.” [Sahih Bukhari]

The final wife he wed, Maria, gave birth to a son, but he died in infancy. No other children were born to the Prophet Muhammad ﷺ.

Prophethood at a Glance

When he was 40, Prophet Muhammad ﷺ visited a cave he often frequented to reflect and worship. There he was visited by the Angel Gabriel and received the first Quranic verse. He was shaken and shocked by this experience and rushed home to his wife Khadijah, whom he confided in about what happened. She comforted and assured him when he told her what he saw and heard in the cave. Hence, Khadijah became the first convert to Islam.

Over the following 23 years, Prophet Muhammad ﷺ would continue to receive divine revelations. These revelations, the Quran, were eventually gathered and recorded. In the beginning of the Prophet’s purpose to share Islam, people slowly accepted Islam, but it was not without consequence. They suffered terrible persecution for their beliefs, so in the year 622 Muslims were given permission by God to move to the city of Madina, approximately 260 miles north of Mecca. This Muslim migration marks the start of the Islamic calendar.

During his time in Madina, Prophet Muhammad’s ﷺ influence grew along with the number of converts to Islam. With strength in numbers, Prophet Muhammad ﷺ and his followers were able to return to Mecca several years later and forgive those who rose against them.

By the time of his death at the age of 63 in Madinah, Prophet Muhammad ﷺ, with God’s help, had established a Muslim society that had spread and extended throughout the greater part of the Arabian Peninsula. The clear and simple message of Islam, that people should worship God alone, proved a powerful creed for people to believe and put into practice.

Before receiving the first revelation, Prophet Muhammad ﷺ was known throughout Mecca as “The Trustworthy.” He was also known as a spiritual and sincere man, one who was highly respected amongst his family and his peers. He was forgiving, patient, just, and kind, even to those who treated him badly.

God referred to the Prophet’s ﷺ virtues, including his gentleness, in the Quran,

“So by mercy from Allah, [O Muhammad], you were lenient with them. And if you had been rude [in speech] and harsh in heart, they would have disbanded from about you. So pardon them and ask forgiveness for them and consult them in the matter. And when you have decided, then rely upon Allah. Indeed, Allah loves those who rely [upon Him]. [Noble Quran 3:159]

In all of his dealings, be it as a spiritual leader, teacher, politician, husband, father, and friend, Prophet Muhammad ﷺ exhibited beautiful attributes such as compassion, gentleness, and humbleness. For example, it was well known he visited the sick, milked his own goat, mended his shoes and clothing, contributed to the upkeep and cleanliness of his home, and even worked alongside his companions to build a mosque for prayer and worship.

But it was not only his own behavior Prophet Muhammad ﷺ was concerned with; he also showed great care for his followers by serving as a perfect role model for them and for everyone around him. God himself says in the Quran that Muhammad ﷺ is an example for Muslims to imitate and follow.

“There has certainly been for you in the Messenger of Allah an excellent pattern for anyone whose hope is in Allah and the Last Day and [who] remembers Allah often.” [Noble Quran 33:21]

Though revered as the Prophet of Islam, Muhammad ﷺ was just a man, as he was quick to tell his followers lest they should err and worship him in place of the One God of whom he preached. However, as a chosen Messenger of God, he was blessed by The Almighty with all of the most perfect humanly attributes, as God states.

God also said Prophet Muhammad ﷺ was sent so his followers and those who came after him might emulate his character and actions as a means of worshipping The Almighty in hopes of achieving Paradise.

The Message Behind The Man

Prophet Muhammad ﷺ made clear his prophetic message – the worship of the one and only God. During his 23-year prophethood, the Messenger of Islam ﷺ drew parallels between himself and the previous Messengers sent by God. He called Prophets like Abraham, Noah, Moses, Jesus and the others his prophetic brothers, sent with the same message as his, and he shared stories of their obedience to God, their rejection of paganism and their embrace of monotheism. Because of this shared message, Prophet Muhammad ﷺ was able to explain that God never changed what He wanted His Creation to follow; the worship of only one God.

Prophet Muhammad ﷺ also preached the ideals of spiritual equality amongst all people no matter race, color or social or economic status, saying shortly before he died,

“All humanity is from Adam and Adam is from clay. There is no superiority for an Arab over a non-Arab, nor for a black over a white; except through piety.” [Sahih Bukhari]

True to character, Prophet Muhammad ﷺ lived his teachings, famously calling on Bilal, an early convert to Islam and freed black slave, to offer the Muslims’ first call to prayer.

The Prophet ﷺ also lived his married life in accordance with God’s divine law, which states,

“…And live with them in kindness. For if you dislike them – perhaps you dislike a thing and Allah makes therein much good.” [Noble Quran 4:19]

This directive he emphasized to his followers during his final sermon, saying,

“The most perfect of the believers in faith are the best of them in morals. And the best among them are those who are best to their wives.” [Ahmad]

Undoubtedly the Prophet of Islam’s ﷺ influence is felt the world over. Today there are nearly 2 billion Muslims on Earth who closely study his life teachings and worship the one God in the way exemplified and illustrated by him.

The lessons of Prophet Muhammad’s ﷺ life are enduring because they represent the best of human qualities we strive for in our own character. Indeed the Messenger of God ﷺ left a beautiful legacy for us to emulate. Let’s honor him by putting his actions into practice in our own lives. 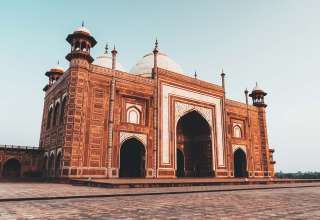 What You Thought You Knew About Islam But You Didn't K