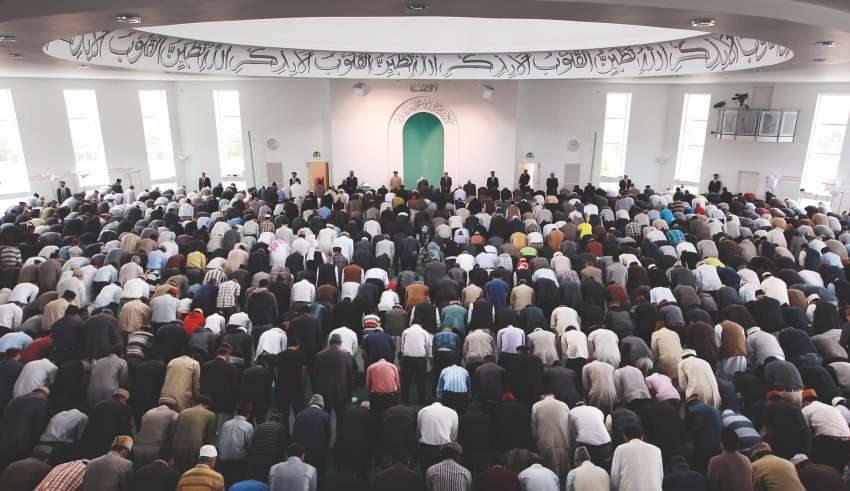 Many religious groups, such as Jews, Christians, Buddhists, and Hindus, practice abstention – or fasting – in one form or another. Muslims also have a fast (called Sawm in Arabic), which occurs during the month of Ramadan each year. In this period, Muslims are required to abstain from food, drink, and sexual relations from first light (i.e. before sunrise) until sunset. However, some Muslims – such as the elderly, sick, and women who are pregnant or menstruating – are exempted from fasting as God grants concessions to those who would find it difficult to engage in this practice.

Unlike the Gregorian calendar – which is tied to the solar year – the Islamic calendar operates on the lunar year. The sighting of the new moon marks the start and end of each month. Muslims view the moon sighting as so critical at this time of year. However, this should not confuse anyone into thinking Muslims worship the moon, or a moon god.

Ramadan, which is the ninth month of the Islamic calendar, changes each year – typically moving 10 days earlier each Gregorian year. The period ends with the celebration of Eid Al-Fitr. However, dates may vary slightly in different parts of the world based on local moon sighting. This is from God’s wisdom and mercy as everyone will eventually experience fasting in different seasons based on their location.

Why Do Muslims Fast?

“O you who have believed, decreed upon you is fasting as it was decreed upon those before you – that you may become righteous…” [Noble Quran 2:183]

Like other acts of worship in Islam, Muslims fast because God has commanded them to. Before this Quranic verse was revealed, Muslims used to fast on certain days, but no sustained period was compulsory.

The purpose of fasting is for Muslims to attain righteousness or consciousness of God (known in Arabic as Taqwa). This quality is nourished during fasting because Muslims purposefully deny their carnal desires (food, drink, and sexual intimacy) in order to elevate their inner being (soul) to a more Godly position.

To understand how this works, think of each human as a scale with two sides: on one side is the body, and the other side is the soul. To nourish the body, we take in a balanced diet of food and drink. To nourish our soul, we do spiritual activities like prayer, self-reflection, and remembrance of God. Unfortunately, many of us tend to over-indulge in the physical so we end up with unhealthy bodies. To make things worse, we’re pulled further down when we neglect our spiritual sides.

Of course, going hungry and thirsty also softens the heart and helps increase the understanding of the poor. While the fasting person chooses to abstain from food and drink, the poor go hungry every day because they struggle to get the basic sustenance that many take for granted.

Is it Only About Fasting?

While the main focus of Ramadan is refraining from food, drink, and intimacy, Muslims also try to develop better character during this month. They try harder to keep away from sinful activities, such as backbiting and gossip, and looking at and listening to spiritually-harmful things.

Prophet Muhammad (peace and blessings be upon him) advised Muslims:

Many Muslims also choose to pay their mandated annual charity (called Zakah) during Ramadan, because good deeds earn extra reward in this month. Along with money, Muslims also engage in community work to help uplift those in need, and share their evening meals (Iftar) with the poor.

While these good deeds earn extra rewards during Ramadan, Muslims shouldn’t limit them to this month alone, and should aim to use Ramadan’s momentum to make such noble acts regular habits they carry out throughout the year.

“The month of Ramadan [is that] in which was revealed the Quran, a guidance for the people and clear proofs of guidance and criterion.” [Noble Quran 2:185]

Ramadan is especially significant because it was the month when God sent Islam’s Holy Book, the Quran, to Prophet Muhammad ﷺ. The entire book was sent down from God’s presence during this month, but it wasn’t given all in one go. Instead, it was revealed at intervals over a period of 23 years. Thus, Muslims give particular honor to Quran in this month, reciting it in the daytime as well as during extra night-time prayers (known as Taraweeh).

A Special Night In Ramadan

“Indeed, We sent the Quran down during the Night of Decree. And what can make you know what is the Night of Decree? The Night of Decree is better than a thousand months. The angels and the Spirit descend therein by permission of their Lord for every matter. Peace it is until the emergence of dawn.” [Noble Quran 97:1-5]

The Night of Decree (called Laylatul Qadr) is the peak of Ramadan. Being the anniversary of the night the Quran was sent down, it holds immense significance. The blessings are such that good deeds done on this night are multiplied exponentially. The night is greater in value than 1000 months.

Ready to Experience a Piece of Ramadan?

If you’re not Muslim, why not challenge yourself to try fasting a few days during Ramadan this year? Better yet, gather a few of your friends and see which of you can fast more days during the month. When you’re done, share your reflections with us – letting us know how you fared, and what you learned from the practice.

How Do You Do it?

1. Set your alarm clock for about 30 minutes before so you can have enough time to prepare and eat before the ‘true dawn’ (or Fajr time). Get a Ramadan calendar from your local mosque or online, and look for the time that Fajr starts.

2. Have a good breakfast before true dawn, and brush your teeth.

3. Make an intention to fast for the day. The key aspect is that you’re intending to abstain from food, drink (including water), smoking, and sexual relations from true dawn until sunset. You may also want to make an intention to shy away from gossip and other activities that could offend others.

4. If it’s still very early in the morning, feel free to take a nap before you need to get up to start your day.

5. During the daylight hours, do your best to abstain from the things you’ve intended to.

6. At sunset (or Maghrib time on the Ramadan calendar), break your fast by eating and drinking. It’s best to break your fast with something sweet such as a few dates, or just water.

7. Take time to reflect how you feel during the fast, and what you’ve learned from the experience.

Good luck with your Ramadan challenge! 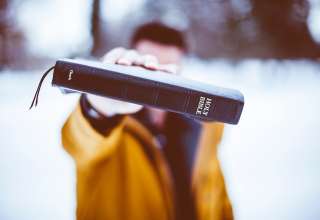 Jesus had a miraculous birth and a life full of miracles. We also know …