Mecca, a city in western Saudi Arabia, is a place where millions of Muslims gather from around the world, regardless of age and race. It is an annual event that accommodates one of the largest gatherings of people in the world from all walks of life.

Hajj, or pilgrimage to Mecca, is for the spiritual cleansing of the soul. It is the fifth pillar in Islam. Every adult that is physically and financially able must do Hajj at least once in his or her life. God says,

“Hajj is [during] well-known months, so whoever has made Hajj obligatory upon himself therein [by entering the state of ihram], there is [to be for him] no sexual relations and no disobedience and no disputing during Hajj. And whatever good you do – Allah knows it. And take provisions, but indeed, the best provision is fear of Allah. And fear Me, O you of understanding.” [Noble Quran 2:197]

Between the 8th to the 12th day of Dhul-Hijjah, which is the last month in the Islamic calendar, Muslims enter Mecca. They visit the Kabah to start the Hajj pilgrimage. Muslims follow the reenactments of Hagar and Abraham, which last five days.

History Behind Hajj: The Story of Abraham

God instructed Prophet Abraham (peace be upon him) to bring his infant son Ishmael and his wife Hagar to the desert of Arabia, where there were sweeping sand dunes stretching out for miles and rarely any people to be seen. Abraham did as he was told and left them with food and water. The supplies didn’t last long as they ran out within a few days. Hagar and Ishmael became desperate. That same desperation made Hagar run back and forth between two mountains called Safa and Marwa to try and find help. After no help was found, she prayed to God for His assistance, so the angel Gabriel was sent. He hit the ground with his heel and water came forth. The spring is called ZamZam, which comes from the phrase “Zome Zome” which means stop flowing. Hagar had said it while she was trying to contain the water.

When Prophet Abraham returned years later, he found his family safe and sound, living amongst a small town that had established. He was instructed by God to build a place where people could worship God and strengthen their faith. Abraham and his grown son Ishmael built a cube made of stone, which would be called the Kabah. Kabah has now become a sacred place where millions continue to uphold the tradition of worshiping God.

“Indeed, the first House [of worship] established for mankind was that at Makkah – blessed and a guidance for the worlds…In it are clear signs [such as] the standing place of Abraham. And whoever enters it shall be safe. And [due] to Allah from the people is a pilgrimage to the House – for whoever is able to find thereto a way. But whoever disbelieves – then indeed, Allah is free from need of the worlds.” [Noble Quran 3:96-97]

Simplicity And Equality in Hajj

The journey to Mecca is meant to unite all participants. Men wear two simple white clothes without stitching; one for the top half and one for the bottom half of their body. The intended wisdom of dressing in this manner is to show there is no difference of status or wealth between people, making them all equal in the eyes of God. It also reminds pilgrims just as we enter the earth in our simplest form, we all die and return to dust the same way. God tells us,

Malcolm X experienced the sense of unity and brotherhood during his pilgrimage in Hajj which changed his outlook on life.

“There were tens of thousands of pilgrims, from all over the world. They were of all colors… But we were all participating in the same ritual, displaying a spirit of unity and brotherhood… During the past eleven days… I have prayed to the same God with fellow Muslims, whose eyes were the bluest of the blue, whose hair was the blondest of blond, and whose skin was the whitest of white. And in the words and in the actions and in the deeds of the ‘white’ Muslims, I felt the same sincerity that I felt among the black African Muslims of Nigeria, Sudan and Ghana. We are truly all the same – brothers.”

With pure intention inwardly, pure white clothes outwardly, Muslims participate in the rituals of Hajj with the desire to complete a command of God, thus gaining favor and compensation.

Muslims believe when Hajj is completed their previous sins are forgiven. Just as the Prophet Muhammad (Peace and blessings be upon him) said:

“Hajj which is accepted will receive no other reward than Paradise.” [Sahih Muslim]

The profound journey of Hajj unites Muslims from all over the world by practicing patience, worshiping and praying to God and bringing them together as one, regardless of their earthly status. Do you know a place filled with faith and devotion? Mecca is that place. In the sacred city of Mecca, Muslims purify their souls and strengthen their spirituality. 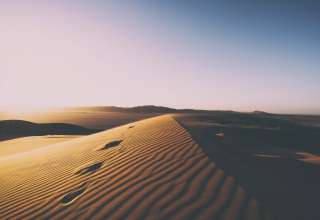