You wake up in the morning wash with soap, reach for the deodorant, get your bike or car and head to work. Nothing out of the usual right? But, did you know this would not be possible without the contribution of Islam to the Modern World? Did you ever guess these are Muslim inventions?

Islam’s Golden Era stretches for 5 centuries: from the 7th through the 12th centuries. This was a time of compelling advancement in all fields from Physical to Social Sciences. These achievements were cornerstone to a new age of Enlightenment that shaped the European Renaissance.

If you were asked to write the Arabic numbers, could you? Oh, I don’t know how to write Arabic, you may respond. Surprisingly, the Arabic numerals are the familiar 1, 2, 3, etc. numbers we all use day-to-day. Al-Khwarizmi developed Algebra, Algorithm and further advancements in Geometry through these numerals.

Remember how you learned how to stack numbers at school in rows and columns for addition, subtraction and multiplication? This goes all the way back to 10th century Muslim Mathematician Al-Uqlidisi.

One of the necessities of modern society is the presence of pharmacies. But did you know that in Baghdad, Harun al-Rashid, founded the first pharmacy? It was professional to such an extent that by the year 813 AH, it was hiring expertised pharmacists that were inspected as well as licensed. Muslims took the precedence in the discovery of herbal medicines further perfecting techniques of chemical extractions that we use today.

Ibn Hayyan is the founder of Chemistry. He invented purification of substances, oxidization, sublimation, liquefaction and crystallization. He also implemented better lab equipment such as water baths, furnaces, and systems for filtration and distillation.

Islamic Civilization gave birth to Ibn Al-Haytham, an 11th century Muslim. His achievements in understanding the correlation between light and the eyes, gave rise to essential modern world devices such as cameras, telescopes, microscopes, binoculars and projectors.

Can’t see that well? Thank Ibn Al-Haytham as his invention paved the way to the science of Optics and hence glasses and contact lenses.

The Science Of Mechanics

Another epic achievement was conducted by Muslim engineer Al-Jazari in the 13th century. His invention, The crank-and-connecting-rod mechanism, which appears in his book Book of Knowledge of Ingenious Mechanical Devices was phenomenal. This is by far one of the strongest contributions to the modern world. Just look around you and you will feel the presence of Al-Jazari; in vehicles, ships, planes, oil wells, carousels, sewing machines, clocks, etc.

The outline of maps we see in our modern society dates back to the 12th century Muslim, Al-Idrisi. The masterpiece Tabula Rogeriana was a map drawn by Al-Idrisi for Roger II of Sicily.

Ibn Battuta, 14th century Muslim, is most well known for his spiritual journey from Morocco to Mecca for pilgrimage, by foot! He travelled through other parts of the world as well, recording his observations along his way in his book The Travels. His contribution to Geography and Botanics is undisputable.

The first word to be revealed to Prophet Muhammad (peace and blessings be upon him) in the Quran, is the word “Read.” [Noble Quran 96] No wonder Islamic Civilization flourished in paper and books. It was the first society to launch a mass production of paper. The Islamic Libraries were packed with books. Muslims impacted the format as well. If it weren’t for them, you might still be reading your favorite book on a scroll!

Muslim Contribution to Science would not be complete without mentioning the impact of Al-Zahrawi (Abulcasis), who invented a wide range of medical instruments and wrote the first illustrated surgical book. His recommendations on pain-reduction techniques were followed by Western medics for centuries.

Hospitals were inaugurated by Muslims and everyone was welcome for treatment. The wealthy Muslims sponsored the hospitals through charitable donations – what we call, universal healthcare, in our modern times. Muslims invented surgical tools that are still used to this day.

Hygiene was revised. Thanks to Ibn-Nafi, we can enjoy clean bodies and clothes. He invented soap, deodorant and enhanced washing detergents.

Ever seen an astrolabe? You could call it the modern day GPS. 11th century astronomer Al-Zarqali (Arzachel) developed it in a way that it could be used at any latitude. Muslim Spain was a forerunner in introducing it to Latin Europe in the 12th century. It was used as a necessary navigational tool at the beginning of the Age of Exploration.

How about the contribution of 21st century Muslims to civilization?

Farouk Al-Baz made significant contributions in space photography and in the location of groundwater in arid terrain. He actively investigated all major deserts in the world. Some of the honours and awards he’s received are NASA’s Apollo Achievement Award, the Exceptional Scientific Achievement Medal and Special Recognition Award; the Certificate of Merit of the World Aerospace Education Organization; and the Egypt Order of Merit.

A dermatologist from Turkey, Hulusi Behçet, treated a patient with inflamed blood vessels which led him to follow the symptoms of three other patients whom he treated for years. Ultimately he decided they were symptoms of a new disease he named Behçet’s disease. Today, it’s universally referred to as Behçet’s Disease in medical literature.

Many Muslims continue to make a difference in our world through their innovative and cutting edge inventions and contributions.

“I went to Safwan bin ‘Assal Al-Muradi and he said: ‘What brought you here?’ I said: ‘I am seeking knowledge.’ He said: ‘I heard the Messenger of Allah say: “There is no one who goes out of his house in order to seek knowledge, but the angels lower their wings in approval of his action.” [Ibn Majah]

Because Islam recommends and advocates the importance of learning, not just religion, many Muslims have made significant contributions to the world. The merits of knowledge are endless. The contentment and happiness not only encompass this world but the hereafter. 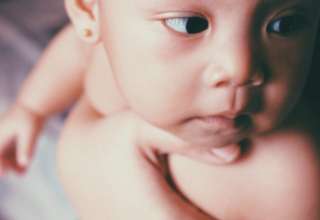 In Islam, the celebration of welcoming a new born child is more than tears …