Home Basics Jesus and Bible Muhammad in The Bible? Christians Must Read! 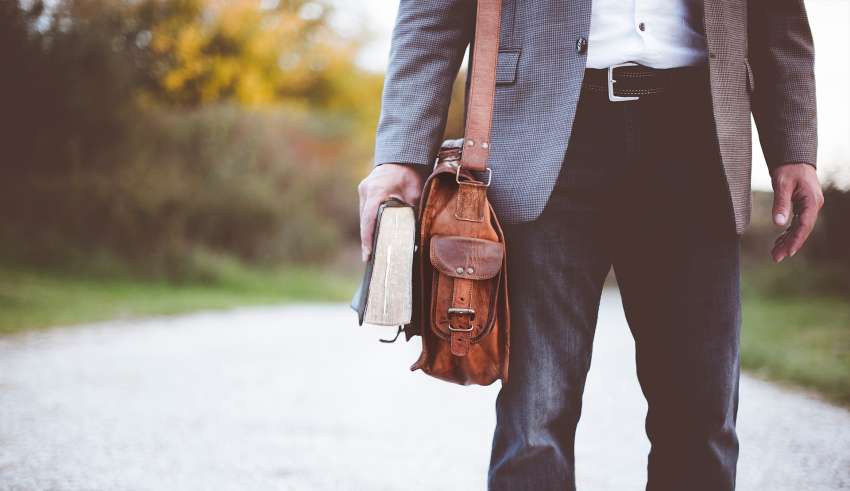 In the Quran, Allah confirmed that Moses and Jesus (peace be upon them) were true Prophets and Messengers from God. In addition, there were many other Prophets sent to the Children of Israel. However, over time the revealed messages that they were sent with, these divine teachings were corrupted and changed. Much of the true message from Allah was lost and though fragments of truth remain, they are often overlooked.

While we know that the five books of the Torah are not the same Torah that was given to Moses, and we know that the Gospel accounts in the Bible are not the same Gospel that was given to Jesus, we should not ignore the truth that still remains in these Books. Since Muhammad (peace and blessings be upon him) was the last and final Messenger to mankind, we can expect that there be at least some indication to his coming in the Old and New Testaments, even with the corruption.

Was Muhammad ﷺ Mentioned in The Bible?

According to the Old Testament, Allah spoke to Moses about a Prophet that was to come; here’s what He said about the Prophet:

“I will raise up for them a Prophet like you from among their brethren, and I will put my words in his mouth, and he shall speak to them all that I command him. And whoever will not give heed to My words which he shall speak in My name, I myself will require it of him.” [Deuteronomy 18:18-19]

Here are the qualities of the Prophet:

Both were accepted as Prophets by their peoples. Both were not only spiritual but also political leaders. Both were given a revealed code of law. Both lead great migrations away from oppression. Both became Prophets at the age of 40. Both married and had children. Both died natural deaths, and there are many more examples.

Who Are The Brethren of The Hebrews?

That Prophet is mentioned as being from among the brethren of the Hebrews.

He Speaks in God’s Name

It is further mentioned that Allah will put His words into the mouth of the Prophet who will say what Allah commands him to say; when this Prophet recites God’s words he will recite in the name of God. This perfectly describes the way that the Prophet Muhammad ﷺ received and recited the Quran, which in Arabic actually means “The Recitation”.

There are many examples that illustrate this point, The best example is the first divine words that were revealed to the Prophet Muhammad ﷺ when Allah sent to him the Angel Gabriel on Mount Hira:

Finally, it’s important to mention that during the time of Jesus, the Prophet mentioned in Deuteronomy had still not arrived.

Jesus – Not “That Prophet”?

John the Baptist was the Prophet sent just before Jesus. At that time there were three distinct prophecies that the Jews were waiting to have fulfilled:

1. The coming of the Messiah (also known as the Christ from the Greek word “Christos”).

2. The return of the Prophet Elijah.

3. The coming of the Prophet mentioned in Deuteronomy.

According to the Bible, John the Baptist denied being any of these three:

And this is the testimony of John, when the Jews sent priests and Levites from Jerusalem to ask him, “Who are you?” He confessed–he did not deny but confessed–“I am not the Christ!” And they asked him, “What then? Are you Elijah?” He said, “I am not.” “Are you the Prophet?” And he answered, “No.” [John 1:19-21]

Muhammad ﷺ who lived about six centuries after Jesus, was the awaited Prophet. He was a Prophet like Moses from the descendants of Ishmael, who spoke in the name of God all that God commanded him. That divine recitation (Quran) still exists with us today and not a word has been changed since it was revealed over 1400 years ago.

Keep in mind what Moses told the Hebrews according to the Torah:

The LORD your God will raise up for you a prophet like me from your brethren. Him shall you heed. [Deuteronomy 18:15]

And look again at what Allah told Moses according to the Torah:

And whoever will not give heed to My words which he shall speak in My name, I Myself will require it of him. [Deuteronomy 18:19]

It is a responsibility and requirement of all people to follow the Prophet Muhammad ﷺ and the revelation that he received, the Quran. Allah informed the people during the time of Moses and it was repeated again in the Quran:

“Those who follow the Messenger, the unlettered prophet, whom they find written in what they have of the Torah and the Gospel, who enjoins upon them what is right and forbids them what is wrong and makes lawful for them the good things and prohibits for them the evil and relieves them of their burden and the shackles which were upon them. So they who have believed in him, honored him, supported him and followed the light which was sent down with him – it is those who will be the successful.” [Noble Quran 7:157] 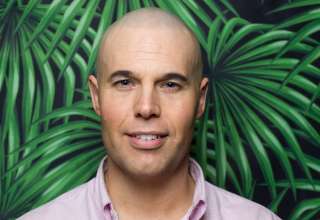 “It feels like a bit of a religious homecoming for me” .. said Joram …