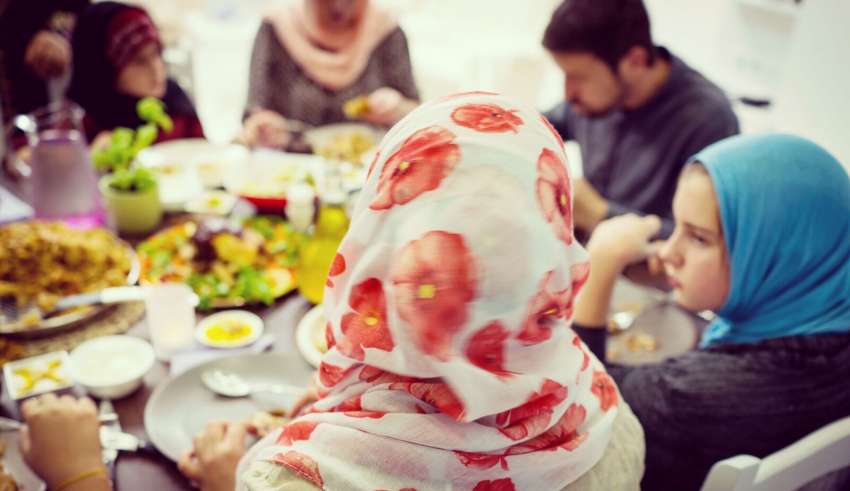 Are you considering starting a family? Perhaps, you’re dilly-dallying about whether or not it’s right for you at this stage in your life. For centuries, in every time and in every place, people all over the world have found themselves asking questions about the importance of family to communal and global development. From nuclear to joint extended families; interracial to multiethnic families, the diversity of marriages all over the world has given way for that nagging question “What truly is the position of the Muslim family?”

The Position of The Muslim Family

The Muslim family is the building block of society. It is not just a unique social relationship created by Allah amongst a group of people who are bound together by the bonds of blood and/or marital ties. It is also an essential aspect of Islam where every component is given its due significance. The family in Islam brings the rights of the husband, wife, children and relatives into a fine equilibrium. It fosters unselfish behaviour, generosity and love in the framework of a well – organized system and is seen as essential for the spiritual growth of Muslims.

By establishing a Muslim family, a harmonious social order is created that is to continue in generations to come. The family in Islam is built on solid grounds capable of providing realistic stability, real security, responsible intimacy and close affection. It is therefore not meant to be looked at with a skeptical eye and taken with flippancy. Every Muslim ought to be family-oriented and seek to start a family of one’s own. Islam recognizes the sanctity of the relationship amongst people related by blood and considers the concept of marriage to begin a family as one of the most commendable acts any Muslim can perform.

The Quran emphasizes tranquility, love and affection amongst spouses who are to commence their legacies as Muslim families as one of the greatest blessings of Allah.

“And of His signs is that He created for you from yourselves mates that you may find tranquility in them; and He placed between you affection and mercy. Indeed in that are signs for a people who give thought.” [Noble Quran 30:21]

The Prophet Muhammad (Peace and blessings be upon him) was also reported to have said:

“When a servant of Allah marries, he has completed half of his religion. Let him then fear and revere Allah with regards to the other half.” [Sahih Muslim]

The foundation of the Muslim family is marriage. The complexity of a marital relationship is briefly described in the Quran by conjuring the imagery of ‘clothing’ for the husband and wife.

Before an Islamic family can be established, there must have been a legal union between a man and a woman in compliance with the requirements of the shariah law. Islam recommends marriage for all its followers. The process of getting married is easy in Islam. It is important to note that there is no such thing as a forced marriage in Islam. Irrespective of gender, any marriage without the express approval of the two parties involved is invalid.

The intending parties are given ample opportunity to establish compatibility by speaking with one another in chaperoned meetings before making any commitment. Having decided to get married, the union of both parties will be solemnized after four requirements have been met; an offer of marriage and an express acceptance of such offer between the intending parties; the consent of the bride’s guardian; the presence of at least, two male witnesses and the payment of the mahr (compulsory dower or gift that passes from the husband to the wife during or after the solemnization of marriage). This process is known as the Nikah. After the Nikah, a feast known as the Walimah will then be hosted by the groom/husband to announce the marriage to the community.

Although, according to the Prophet Muhammad ﷺ, spouses can be selected based on four criteria; wealth, beauty, lineage and religion. Muslims are highly encouraged to choose based on religion and piety as this will have a great impact not just on the family but also on the society at large. This is because marriage is not just the union of two people, it is in fact the bond that can make or mar the future generations of Muslims and ensure their continuity as an Ummah that pleases Allah. Though it takes time to develop, the Muslim marriage embodies all the pleasures of every other relationship the parties have had in life in a sensational, breathtaking and exceptional way; one that offers nothing less than an everlasting hot-rodding affection all through the years.

The Muslim Family – Roles And Entitlements

When explored carefully and established with the best intentions, the companionship and affection found in an ideal Muslim family is incomparable and irreplaceable. Is it the soothing and tender cuddles of a mother? Or the admiration and remarkable friendliness shared with a father? Is it the intense verbal and sometimes physical battles with a sibling or the long, funny and engaging conversations with the grannies? The closeness found in an ideal Muslim family surpasses that of every other human relationship.

Because Islam is a complete way of life, it has taken adequate care of the roles and entitlements of each component of the family unit. From husbands to wives, parents to children and even the kith and kin, every member has been given its fair due in order that the stability and affection expected in an ideal family be maintained.

When two parties approach marriage with piety as the basis of their togetherness and with sincerity in earnestly fulfilling their rights and responsibilities, then they are well on their way to enjoying a blissful marriage that is to last for eternity. In Islam, spouses are enjoined to live with each other in kindness and equity, compassion and love, sympathy and consideration, patience and good will. Upon the consummation of an Islamic marriage, some rights and responsibilities naturally emerges which must be fulfilled by both parties.

The husband is the head of the family. He has the ultimate responsibility and will be questioned by Allah about it. He is to deal with his wife in a fair and equitable manner, respect her feelings and be kind and considerate towards her. This implies that it is prohibited for any man irrespective of the circumstance, to be cruel to his wife. The husband also has the responsibility to maintain his wife materially in terms of shelter, feeding, clothing as well as her overall well being without any reprimand or disdain and without extravagance or miserliness.

“Men are in charge of women by [right of] what Allah has given one over the other and what they spend [for maintenance] from their wealth. So righteous women are devoutly obedient, guarding in [the husband’s] absence what Allah would have them guard….” [Noble Quran 4:34]

The wife in turn is to obey and respect her husband, guard his honour as well as contribute as much as possible to the growth and success of the marriage. She must pay attention to the needs and wellbeing of her husband and should neither hurt him nor anger him. She must also guard her chastity and her husband’s possessions and must remain faithful, loyal and trustworthy. She must not entertain guests which her husband does not approve and must always make herself available whenever he desires her for intimacy.

No sooner than the couple starts a new journey in life does another family spring up in the transaction. A uniquely interesting mix of children are bred and in the process of living with them and raising them, both parents and children learn new ways of thinking and behaving; they develop a household culture that is uniquely theirs and acquire a totally different lifestyle ethos. In Islam, Parenting is one aspect of family life that requires a great deal of caution. Parents are responsible for the overall maintenance of the children. They are to treat their children with equity, mercy and affection and raise them to be morally upright. They must also ensure that the children are properly educated. The children in turn are to obey their parents and be kind to them. They must be gentle and courteous in dealing with them as the Quran says:

“And your Lord has decreed that you not worship except Him, and to parents, good treatment. Whether one or both of them reach old age [while] with you, say not to them [so much as] “uff,” and do not repel them but speak to them a noble word. And lower to them the wing of humility out of mercy and say, “My Lord, have mercy upon them as they brought me up [when I was] small.” [Noble Quran 17:23-24]

Maintaining the ties of kinship is an integral part of Islam. Muslims are commanded to be good to relatives and strive to strengthen the bond between blood relations. Severing family ties is therefore severely frowned upon in the religion. Fulfilling this duty attracts divine blessings of life and provisions while the contrary applies when it is neglected.

The Noble Qur’an repeatedly emphasizes the importance of preserving the ties of the womb.

Irrespective of the living arrangement; be it the nuclear family or the joint extended family, Muslims are required to be in touch with their extended relatives. In modern times, this can be done through organizing periodical family reunions, scheduling regular video calls and what have you.

Of the several beautiful aspects of Islam is its emphasis on selflessness – having consideration for the wellbeing of ‘everyone’ instead of just ‘oneself’. Building a family enriches our lives in so many ways. Often times, when we think about the idea of starting a family as a clog in the wheel of our life’s progress, we only need to look a bit further to see the beauty of celebrating our lives’ achievements with the people we love. Building a family requires time and effort, but the joy that comes from it cannot be traded for anything in the world. 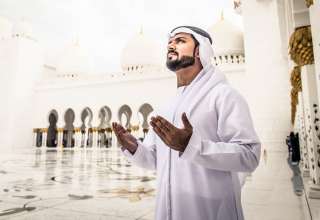 What exactly comes to your mind at the mention of the name Allah? For …