Home Blog Articles Thanksgiving in Islam: Who Are We Thanking? 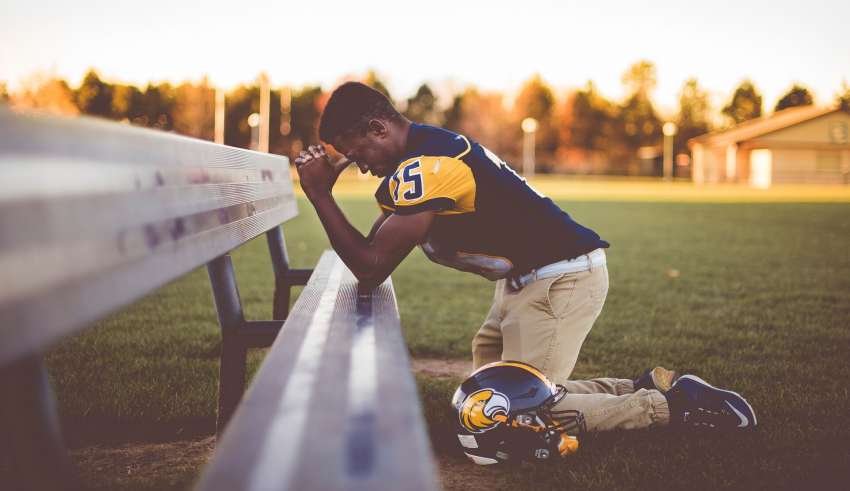 Since Muslims are experts at giving thanks, this would be a great opportunity to talk about the importance of Thanksgiving (Thanks giving) in Islam and to address the most important question of thanksgiving.

Who Are We Thanking?

Every year, you can tell when Thanksgiving is on its way. The leaves are changing colors, supermarkets are pushing gravy and cranberry sauce, and kindergarten students are decorating hand-traced turkeys and learning a painfully oversimplified story about pilgrims in New England.

When I was a little kid, I used to call this holiday Turkey Day. Which would be probably a better name because, in reality, most people are far more focused on eating than giving thanks. It wasn’t until I became a Muslim that I truly understood the importance of being thankful. That’s because Islam focuses the believer on the most important question of thanksgiving..

Who Should I Be Thanking?

People often talk about how important it is to be thankful, but they usually don’t mention to whom we should be giving thanks. Think about it. When you say: “Thank You”, you’re usually saying it to someone. So, who deserves our thanks, our gratitude, and our praise?

Allah says in the Quran,

“In the name of Allah, the Entirely Merciful, the Especially Merciful. [All] praise is [due] to Allah, Lord of the worlds -” [Noble Quran 1:1-2]

The Arabic word “Hamd” that is translated as praise also carries with it the meanings of thanks and gratitude. So, Allah, which is the Arabic word for God, is the one who deserves our praise, gratitude, and thanks. After all, Allah has created us, given us life, given us turkeys, ovens to cook them in, pumpkin pie, green beans, the intellect to make them into a casserole, and the ability to smell and taste the whole meal.

“And He gave you from all you asked of Him. And if you should count the favor of Allah, you could not enumerate them. Indeed, mankind is [generally] most unjust and ungrateful.” [Noble Quran 14:34]

With all that Allah does for us, it only makes sense that we should show our thanks. In fact, being thankful to Allah is a purpose for which we were created.

“And Allah has extracted you from the wombs of your mothers not knowing a thing, and He made for you hearing and vision and intellect that perhaps you would be grateful.” [Noble Quran 16:78]

Oftentimes, we’re not conscious of our need to be thankful. Though subconsciously, it does come through. What do I mean? I’ll give you an example:

You’re late for work, you’re rushing to get out the door, and you can’t find your keys. You’re searching everywhere looking between books and papers, behind couch pillows, under household pets, and then suddenly you stop, and you feel your coat pockets, “Oh, thank God!”. You find the keys and immediately, you remember Allah. Most people don’t even realize what they’re saying, even nonreligious people, and even atheists will do this.

We need to be more conscious and aware of the fact that Allah is the one that deserves our thanks and we need to maintain that thankfulness throughout the day.

The Arabic word for thanks and gratitude “Shukr” also carries with it the meaning of abundance. See, Shukr goes both ways. In the Quran, Allah is described as “Shakir” and “Shakur”, both coming from the same root “Shukr”. Meaning that Allah is thankful and appreciative when we engage in good actions. When Allah is pleased with us he shows his gratitude by rewarding us abundantly.

Being thankful can be shown in three main ways:

Every time Allah gives us a blessing, we must use it in a way that benefits humanity and it pleases Allah. Being thankful isn’t something you do once a year with mashed potatoes and gravy, it’s a fulltime occupation and we should remember Allah in everything we do. The Prophet Muhammad (peace and blessings be upon him) said:

Being Thankful For Everything

A phrase often used by Muslims to show gratitude is “Alhamdulillah“, which means: Praise belongs to Allah. You’ll find this phrase in the beginning of the Quran, as well as elsewhere throughout the Quran and Hadith (says of the Prophet). This phrase is used in many ways:

To thank Allah for some specific blessings such as after eating some cornbread or drinking some apple cider or pretty much anything, to express happiness over good news or to show humility for one’s own achievements, and even as a response when someone asks: How are you? because whether things are good or bad we should still say: “Alhamdulillah”.

You should be thankful to those around you as well. In fact, being thankful rendered between people takes the form not only of thankfulness and gratitude but also generosity and giving to others, even those we don’t know. When we give of what we have we do this purely for the sake of Allah and this is just another way that we thank Him.

“And they give food in spite of love for it to the needy, the orphan, and the captive, [Saying], ‘We feed you only for the countenance of Allah. We wish not from you reward or gratitude.'” [Noble Quran 76:8-9]

It is very important in Islam to be thankful to family, friends, and strangers. But above all people, Allah stresses the importance of thanking the ones who raised you. Allah reminds us:

The Benefits of Gratitude

Ultimately, it all comes back to God. Therefore, when someone does something good or meritorious, as Muslims we say: “Masha Allah” which means, God has willed it. This phrase is a way of showing appreciation while at the same time recognizing that it is Allah who makes all things possible.

Finally, keep in mind that when we thank Allah we are the ones who benefit.

Allah does not need our thanks, but it is we who need Him. Without Allah, we would be lost.

“And if not for the favor of Allah upon you and His mercy, you would have been among the losers.” [Noble Quran 2:64]

“Has there [not] come upon man a period of time when he was not a thing [even] mentioned? Indeed, We created man from a sperm-drop mixture that We may try him; and We made him hearing and seeing. Indeed, We guided him to the way, be he grateful or be he ungrateful.” [Noble Quran 76:1-3]