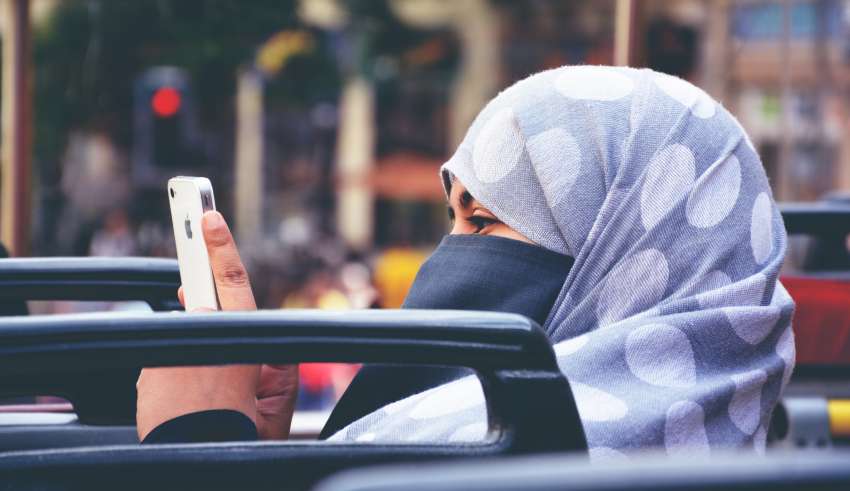 Ahhhh remember the good old teenage years when you died a little bit inside every time you heard one of your friends didn’t have curfews or chores? When they made something called ‘last minute plans’ while your parents needed the exact detailed information of the outing 10 to 12 business days before the actual date?

I distinctly remember asking my friends those same questions that night we were all chilling together. I was on a strict diet at the time, and needed a distraction from the melted chocolate oozing from the center of the giant molten lava cake they had just broken into to.

“No. I didn’t have any rules growing up. My parents let me do whatever I wanted. I’d come home at sunrise and they wouldn’t even ask where I was.” One friend replied.

“Yeah, everyone envied my freedom back then, but you know what I envied them? Feeling protected and cared for. You guys should be grateful for parents who loved you enough to discipline you!”

While most of my friends made faces and quickly engaged in a heated debate on the different types of parenting, my mind dazed off like usual and an invisible camera blurred everyone out to zoom in on my thoughts.

Could these be the silent notions going on in Muslim women’s heads too? Do they die a little bit inside when their non-Muslim friends do what they want while they must adhere to all these Islamic rules and decrees? And most importantly, do women in Islam view themselves as being protected and cherished, or just down right oppressed?

We can argue about it till the cows come home, but unless we agree on what it really means to be ‘liberated,’ one of us will end up really upset. So I looked it up and the literal meaning of ‘Liberation’ is ‘the act of setting someone free from imprisonment, slavery or oppression’ So far so good?

Take the Hijab as an example. Modesty isn’t just in the way you dress. It’s an attitude. It’s something pure in the heart that affects the way you dress, think and behave. So if a Muslim woman chooses through the power of free will vested in her to wear the Hijab, even though she’s constantly pressured not to, would you say she’s ‘liberated’ from the social imprisonment and the slavery to ‘popular culture’?

Alright, how about a Muslim woman who’s forced by her husband or father to wear the Hijab against her will, even though the Quran explicitly says:

“There shall be no compulsion in [acceptance of] the religion” [Noble Quran 2:256]

And even though Prophet Muhammad (Peace and blessings be upon him) said,

“The deeds are considered by the intentions, and a person will get the reward according to his intention.” [Bukhari and Muslim]

Now this ‘bitter-Hijabi’ woman is clearly suppressed, right? Of course she is, but can we really blame Islam for it? Is this what God wants Muslims to do; to force each other to do things out of mere oppression? Things they’re probably not going to get rewarded for since it’s not from the heart?

This fixation on female liberation needs to take a more informed approach. Are we angry with the Islamic Laws or are we angry with the Muslims who make Islam look bad because they misinterpret its teachings? We need to channel this bottled anger at someone. Let’s make a decision and stick to it. Who’s the real culprit here, Muslims or Islam?

Women In The Wild West

While we could argue both sides, many might dismiss the scriptures all together and claim that western culture is the answer, for it is the essence of true liberation. Well, it really depends on how you look at it.

Take the Hijab again. Some people will equate it with suppression, oppression, depression and all the ugly ‘essions’, while others will simply parallel its modesty with elegance, dignity and poise.

For the most part, it does seem like a natural inclination to view ‘modest clothing’ as closely integrated with being ‘classy’. Royalty, respected influencers, businesswomen, professors, educated women whose sole purpose is to make a difference in this world… You’d probably have a hard time imagining them walking down the street wearing hot shorts and cropped tight tank tops accentuating their assets, no matter how ‘liberated’ they may feel.

There’s a difference between liberation and dissipation. Between demanding attention and demanding respect.

And hey, if wearing the veil is viewed as ‘oppressive’ then perhaps Christianity and Judaism should go on the list, too. It’s not just Islam that preaches about the merits of modesty:

“For if a woman will not veil herself, then she should cut off her hair; but if it is disgraceful for a woman to have her hair cut off or to be shaved, she should wear a veil. For a man ought not to have his head veiled, since he is the image and glory of God; but woman is the glory of man” [Corinthians 11:6, Holy Bible]

“…then, that head or hair covering was law for the daughters of Israel” [Sifrei Bamidbar 11]

Do We Need To Be Rescued?

We’ve been brainwashed into thinking Muslims are brainwashed. But now try forcing a proud Hijabi to take her veil off. You’ll be the one guilty of oppression and forcing your point of view onto someone else.

The truth is, despite the commotion, and the whole Islam-is-violent-and-isn’t-compatible-with-modern-civilization shebang, people all over the globe are converting to Islam left and right. Freedom loses its meaning amidst the chaos. When you don’t have a map, some guidelines and a clear destination, you’re just lost. And that’s the point; so many of us are finally eager for logical answers, finally ready to make sense of this confusion we live in. So many of us are tired of feeling lost. We need a stable, ‘unchangeable’ solid ground to stand on; a doctrine that keeps us focused and doesn’t crumble under social pressure.

Islamic rules might seem firm, what with the dress code, the ‘no-drinking’, ‘no gambling’ and ‘no pigs on the dinner table’ thing. Yet the core of every single one of those rules is based on love, the same way devoted parents, who care about your success, will watch you like a hawk and stop you from ruining the life you’re so eager to start living. Because they love you, they won’t always give you what you think you want, but they’ll make sure you strive for what you need. And because they know you so well, and know your weaknesses, they’ll put you on straight path to try and eliminate your struggles as much as possible because they know the following is true…

“To abstain from the enjoyment which is in our power, or to seek distant rather than immediate results, are among the most painful exertions of the human will” [N.W. Senior 1836]

Take that night with my friends for example; do you know how desperately I wanted a piece of that molten cake? I was practically drooling all over it, with my eyes popping out of my head like a cartoon character in love. Do you know how difficult it was to resist the temptation? Probably just as difficult as it is for you to invest in your ‘future self’, whether it is in your health, wealth, career or physical appearance. It’s SO hard, but you do it. You exercise, eat healthy, study and pull an all-nighter to prep for a test or an important meeting. You find the stamina, perseverance and passion to stick to your plan and reach your goals. Psychologists call it ‘Grit’. It’s a choice to progress and succeed and that’s the most liberating choice anyone can make.

Again, it all boils down to how it looks from where you’re standing. If you see life on this earth similar to the one of goldfish, ‘live, die, flush, new one’, nothing Muslims do or believe in would make sense to you or anyone else for the matter. No amount of ‘grit’ or ‘achievements’ will count as significant anyway, right? And like duh, of course they’d seem ‘oppressed’ to say the least. Except Muslims see a life beyond this life. They believe in Allah’s promise of a huge reward. They believe in justice and let’s face it, what’s happening in this world is nothing but.

So we resist the pulls and lures of this life and keep our eyes on the goal of attaining paradise in the Hereafter. We persevere with this inner battle between our ‘present self’ and our ‘future self’. We ponder on the amazing words in the Quran and revel in its truths no matter how many people try to distort it with lies.

Once you approach the Quran with the humility to learn and understand, you won’t be able to ‘un-see’ what you see. You’ll find the truth that will purify and free your soul. You’ll find the answers you need to reach that ‘inner peace’ you’re yearning for.

Once you believe in something so much that it runs in your veins, you won’t really care what other people think. You’ll stand up for what you believe in, even if you have to do it alone.

If that’s not the ultimate liberation, well… I don’t know what is. 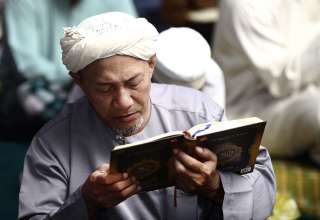