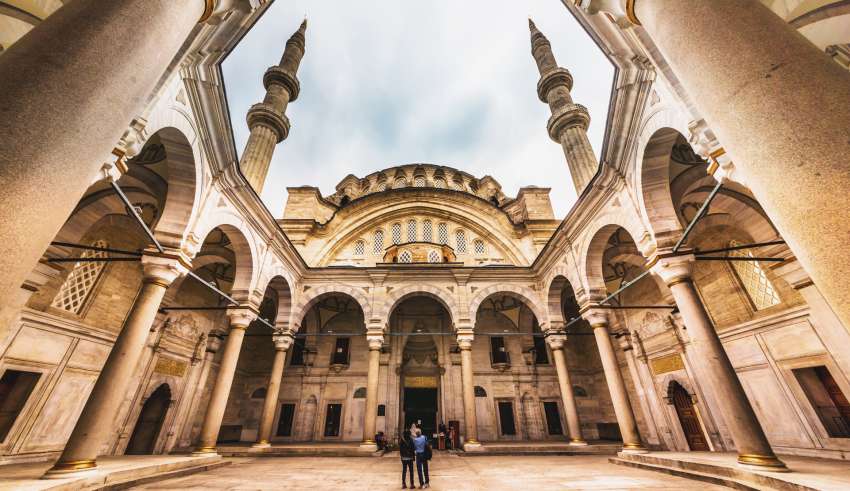 The sight of a building with tall towers and golden domes never ceases to arouse the interest of passersby. What exactly do Muslims do in a mosque and how is it different from other places of worship?

A mosque, otherwise called a Masjid in Arabic, is a place of worship in Islam. Literarily, a mosque doesn’t have to be a building specially designated for that purpose. A mosque is any space (no matter how small) clean enough for prayers to be established. It may be indoors or outdoors. Many Muslims establish a connection with God five times a day and during a special congregational prayer performed every Friday known as Jumuah. They also seek solace and stimulate the communal spirit by attending events organized in the mosques. Mosques are also known as Islamic Centers, Islamic Community Centers or Muslim Community Centers.

Roles Involved in a Mosque

A Mosque usually consists of a spiritual leader, called an Imam, a person who recites the call to prayer, called the Muezzin, and a board of trustees.

Often times, the Imam’s duties are to lead congregational prayers, deliver sermons, oversee marriage contracts, and serve as a religious guide. The Muezzin announces the call to each 5 daily prayers by saying loudly in a melodious tone the phrase known as the Adhan.

I bear witness that there is no god except the One God. (said twice),

I bear witness that Muhammad is the messenger of God. (twice)

Hurry to the prayer (twice)

There is no god except the One God

When people hear the Adhan, they go to the mosque to worship God through prayer.

Mosques around the world are certainly one of the most beautiful sights to behold. The architectural details are not only unique but functional. Some features are common to almost every mosque in the world. The minaret is a tall tower that looks like a lighthouse. It is a distinctive feature of a mosque that usually varies in height, shape, style and number. Originally, the minaret used to be the high point from which to make the call to prayer, or the Adhan in Arabic.

The dome is a purely aesthetic feature of the mosque; a piece of decoration that holds no spiritual or symbolic significance. The dome is an element of Arabic architecture which has been adopted by Muslim communities in other parts of the world. It is a rounded roof top, the interior of which is usually highly decorated with geometric patterns. The dome usually covers the main prayer hall of the building. Some mosques, however, have smaller domes for other areas of the mosque.

The Musalla is the Arabic word for the central area of prayer otherwise called the Prayer Hall. The Musalla is an empty space with prayer rugs deliberately left bare. This is because the Muslim prayer is a full body action performed directly on the floor. However, a few special provisions may be made for the elderly and the physically challenged to perform their prayers on chairs or benches. In some mosques, there are usually bookshelves around the walls to hold copies of the Qur’an and other reading materials for the congregation. There may be decorations along the walls which are in most cases, verses from the Quran written in Arabic calligraphy. However, you will not find images of people in the mosque because renderings of God and his Messengers are strictly forbidden in Islam. The mihrab is another part of the mosque with both aesthetic and functional details. It is a semi-circular area in the prayer hall that marks the direction where Muslims face during prayer. Muslims all over the world turn towards the direction of the Ka’aba in Mecca to establish their five daily prayers. The Quran tells us:

“Turn then thy face towards the sacred mosque and wherever ye be, turn your faces towards that part ” [Noble Quran 2:139-144]

The Mihrab takes the shape of a doorway and usually varies in size and colour. In most mosques, they are decorated with tiles, marbles and calligraphy to make the space distinct

This is a raised platform in the front area in the prayer hall where the Imam stands to deliver sermons or speeches. It is usually made of carved stone, brick or wood and is sometimes covered by a small dome.

Spiritual And Social Life: What a Mosque Means to Muslims

The mosque is first of all a place of spiritual development. This is because all activities in the mosque are to attain the pleasure of God. However, to Muslims around the world, the mosque means so much more than a place of worship. It is a place where friendships are made, knowledge is taught and welfare is developed.

Many mosques organize educational classes including Quran memorization lessons, study of the teachings of Islam, and other forms of knowledge. They host community events and social gatherings such as marriage ceremonies and dinners and they run charitable programs such as food donations for the less privileged. Counseling services are also available for community members as well as a center for discussion on the propagation of Islam. Most mosques have a kitchen where volunteers prepare food for those who can’t afford a daily meal. Ultimately, the mosque is a community center for Muslims.

Etiquette of Visiting a Mosque

The mosque is not restricted to Muslims alone. It is the house of God and anyone is invited into it. However, certain manners must be observed when visiting the mosque, whether as a Muslim going to pray or as a visitor.

Why Not See For Yourself

The best way to understand anything is through direct contact. Although you can read articles or watch videos about Mosques, nothing beats first-hand experience. So why not visit your local Mosque today? A marvelous new world of humility, friendliness and spiritual awakening waits for you on the other side of those doors. Enjoy! 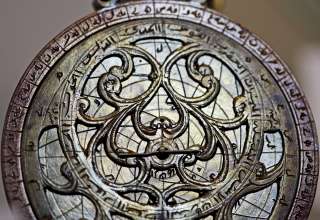 You wake up in the morning wash with soap, reach for the deodorant, get …